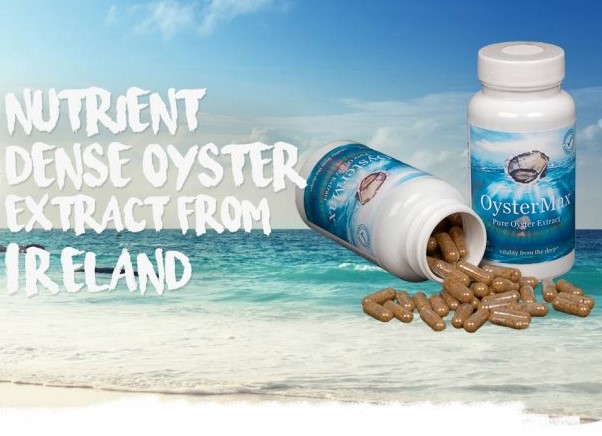 Insights and rationale on why pure Irish oyster extract powder has a role in helping the body rapidly build complex molecules vital to peak performance.

We are repeatedly asked ‘why is your oyster extract powder better than synthetic zinc and other trace element supplements which costs far less?’

The answer is not so easy to explain, takes time and a great deal of our energy is spent educating people on the subject. As professional oyster extract producers we have supplied integrative practitioners and natural therapists for 20 years who use our product to help with many trace element associated illnesses – we know the benefits and reasons for this so let me explain.

I like to use the following analogy to explain the benefit of oyster extract.

Oysters are among the highest natural source of zinc.

Pumpkin seeds are the highest vegetal source but many times lower than oyster. If I asked you to build a car and gave you the components like the engine, the gear box, the seats, the chassis and so forth you could probably pop them together easily and make the car. However, if I then gave you a pile of nuts and bolts and cogs and pistons and leather and rubber and asked you to make a car it would be very different. Now you have to make the engine first, and the gear box and seats etc. and then put them together. An entirely different challenge.

When you use oyster extract powder you are getting the first scenario. The big pieces, engine, gear box etc., are like the peptides and amino acids in the powder which can be assimilated and utilized by the body very quickly to make large molecules such as enzymes, hormones and anti-oxidants.

These peptides and amino acids are very similar in structure to their human equivalents and build the really important molecules like glutathione, superoxide dismutase and catalase, the master anti-oxidants or metalo-enzymes as they are called. They are called metalo-enzymes because they need zinc, copper and manganese in a balanced form to function properly. The peptides in oyster extract powder already have the correct ratio of zinc, copper and manganese and are thus ready for action. Superoxide dismutase in oysters is 60% similar to the human form so the peptides released in our process are easily used by the body to make the human version. The important thing to realise is that the powder is stimulating the body to make the human forms of these molecules. This is the holy grail of supplements. Some companies for example sell glutathione from plant sources and claim that it is absorbed and works in our body like human glutathione. This is incorrect as that molecule firstly is too large to cross the through the small intestine and even if it could it would be recognized as a foreign body leading to  our immune systems attacking it because it is not human in origin. Providing nutrients, building blocks or components if you like, that stimulate the body to make human forms of these vital molecules is the goal and this is what oyster extract powder helps us to do.

Taking trace elements elementally or on their own is like the second scenario. The body first has to make the peptides and then the molecules. This is far more difficult as we have not evolved to take our nutrition elementally, rather through nutrient dense foods. There are complications with doing this also. For example, taking synthetic zinc can inhibit copper uptake. Not good if your body wants to make metalo enzymes. So, you may build a molecule, but does it work properly? If it is 70% effective, then we are not achieving peak performance. If you want that car super charged and fine-tuned, then we need nutrition from high quality nutrient dense foods. Pure Irish oyster extract powder is one such food. Another example is selenium, virtually absent from a diet of processed foods. Without it we can’t manufacture insulin properly. We may make insulin, but it doesn’t function properly. I don’t need to tell you what a poorly functioning insulin pathway can do to your energy metabolism and overall health.

Production of the most powerful trace element rich oyster extract powder has been the focus of our work in Ireland for the last 20 years.

The water quality and climate are perfect for producing a superior product. Integrative Doctors and natural therapists in France and the US use the product as it contains high levels of zinc, Vitamin B12 & copper and is a source of iodine which in turn contributes to normal enzymatic and hormonal functioning in the body. Typical uses for it include contributing to normal immunity (thymulin production),  plays a role in reduction of tiredness & fatigue (Superoxide dismutase production), contributes to normal fertility (sperm motility and volume) and contributes to the maintenance of normal testosterone levels in the blood (sexual health).

Pure Irish oyster extract is made from 100% oyster meat.

No shell is used and unlike other brands we don’t use bulking agents or fillers. One product we see for $5.99 on various websites that claims links to Kyoto in Japan is in fact 60% maltodextrin, an added bulking agent. This product and many like it have very low levels of the essential trace element peptides.

This is why we are the only company which measures the zinc content in each and every batch and we display this information on the label. The zinc content is indicative of the overall high trace element load and the potency of the peptides present. After analysis the product mentioned above was found to have 20 times less zinc than our product per serving. Not a substitute for a varied diet.

Thank you for your time and as always – Think before you Zinc!